Additive Manufacturing: How many cycles can a batch of metal powder make before it is replaced?

The characteristics of metal powders used in additive manufacturing (AM) determine the properties of the final component. The quality of the powder is strongly influenced by its sphericity, the presence of satellites (small particles attached to the surface of larger particles) and the particle size distribution.

Spherical particles with a smooth surface have better packing and allow for denser and more homogeneous layers compared to irregularly shaped powders. The morphological characterisation of the powder is therefore essential both for the control of the raw material and for the reuse of unmelted powders in further cycles. The morphological control of metal powders therefore allows for an improvement of the additive manufacturing process efficiency and helps achieve higher quality final components.

With the automated image analyzer (Malvern Panalytical Morphologi 4), we have characterised a metal powder before use and after several additive manufacturing cycles to evaluate how the AM process changes the morphology and particle size. Figure 1 shows the morphological classification of the particles. 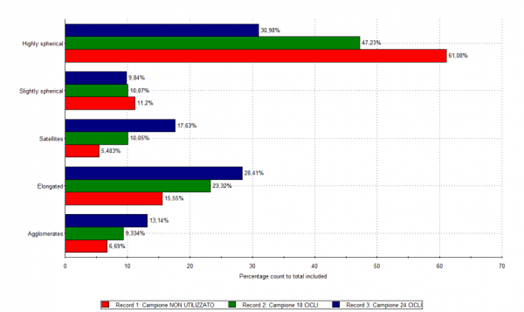 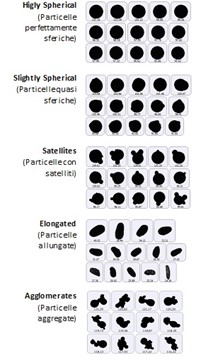 Figure 1. Morphological classification of unprocessed metal powder sample particles (red), after 18 cycles (green) and after 24 cycles of AM (blue)

Three morphological parameters provided by Morphologi 4 were used for the classification: Circularity, Elongation and Convexity. As the values assumed by these parameters change, the morphology of the particles changes: Circularity and Elongation help distinguish spherical particles from more elongated particles (the values vary from 0 to 1 for both parameters. Needle-shaped particles have elongation equal to 1 and circularity equal to 0, spherical particles have elongation equal to 0 and circularity equal to 1). Finally, the convexity is associated with the contour of the particle and is defined as the ratio between the perimeter of an imaginary elastic that surrounds the particle and the perimeter of the particle itself (the values vary from 0 to 1).  Smooth particles will have convexity close to 1, while irregular shaped particles, such as agglomerates, or particles with a rough surface or with a presence of satellites will have lower convexity values.

To the right of the graph are representative images of the particles contained in each class. From the classification, we can see an evident increase (% in number) of less spherical particles with more satellites and/or aggregated as the number of cycles of use increases compared to the initial sample.

As expected, the morphological change is accompanied by an increase in particle size for samples with more satellites and aggregates, as shown in Figure 2 by the particle size analysis with laser diffraction (Malvern Panalytical Mastersizer 3000). 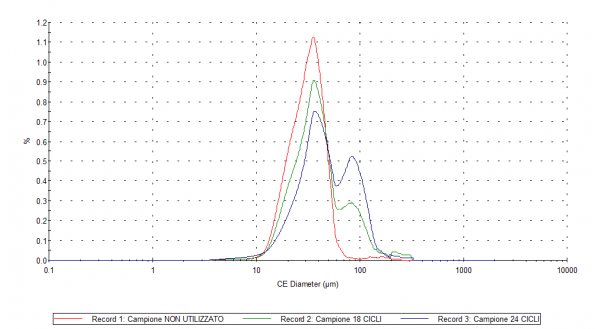 Figure 2. Particle size distribution in volume of unprocessed metal powder sample particles (red), after 18 cycles (green) and after 24 cycles of AM (blue)

Figure 3 shows the images obtained with scanning electron microscope (Thermo Fisher Scientific Phenom Desktop SEM) of some particles contained in the three samples that confirm the shape changes found in the analysis in Morphologi. 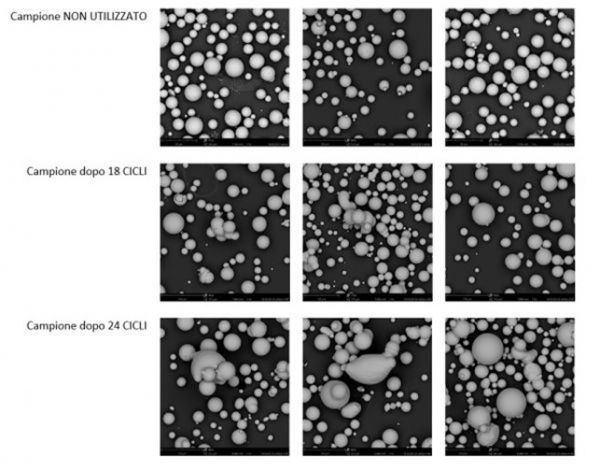 Figure 3. SEM images of metal powder particles before and after the AM process.

Contact us for an analysis of your metal powders in Alfatestlab!

Talk with our specialist